Why Use Both Pre-employment and Random Drug and Alcohol Testing?

If your company currently screens potential employees for drug and alcohol use, then you can identify candidates who have problems before you hire them. While pre-employment testing is useful, it doesn't give you a comprehensive solution.

Many companies also run random tests for drugs and alcohol on people they already employ. This dual approach could be better for your business and your employees. Why consider random tests as well as pre-employment screens?

If people know that you will run pre-employment drugs and alcohol tests, then some might prepare for the tests in advance. For example, they might know how long substances can be detected by a test. So, they might stop taking drugs or drinking alcohol for a long enough period to pass the test and get the job.

However, if you don't have a random testing program for employees, then people don't have a reason not to take drugs or drink too much alcohol once you employ them. They know that they won't have to take any more tests.

If you run random testing as well as pre-employment checks, then people have a deterrent. They know that there is a chance that they might be tested in your employment.

People with serious drugs and alcohol problems are less likely to apply for your jobs. Light users will think twice about their drug and alcohol use if they have random tests that could cause them to lose their jobs.

If you add random tests to your screening program, then you have a better chance of spotting problems with existing employees. People will know that they might have to take a test, so some will modify their behavior.

If you spot these problems early, then you can take action. You won't have to deal with incidents and accidents caused by people whose senses and physical abilities are substance-impaired. You can talk to valued employees about their problems and guide them towards getting the help they need.

To find out more about how to build an effective testing program, contact drug & alcohol testing clinics or services in your area. 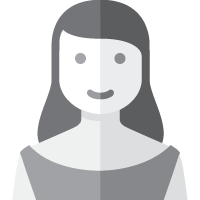 Are you pregnant or planning to conceive? If so, it is time to begin learning about the medical professionals that will work with you through the nine months of pregnancy and through the labor and delivery. Many women are unaware of the important role that a midwife plays throughout a pregnancy. Knowing what a midwife does and how having a midwife can help you through what can be a difficult time will help you find one that you will feel comfortable with. My site is filled with information about pregnancy, labor and delivery and working with a midwife to help other soon-to-be mothers make the decisions that are best for their situations.